I love Cox – but not time travel 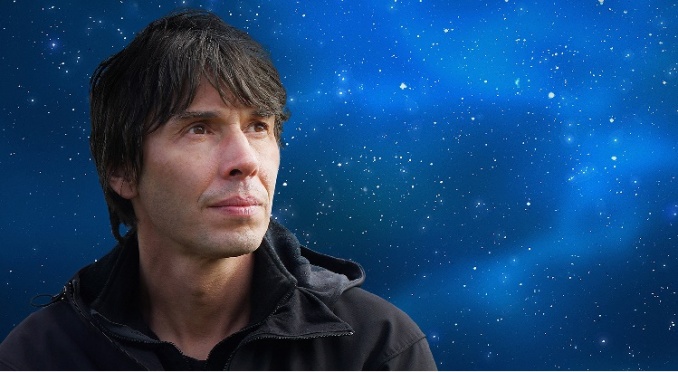 Thanks to Brian Cox I did a bit of time traveling in Birmingham last Friday. Well, it was really thanks to my girlfriend’s love of the television presenter and his ability to make astrophysics sexy.

I don’t remember the appearance of the professor who lectured me on quantum theory at University, other than that he had a regulation beard and was anything but sexy. And I don’t recall thinking that he could make some serious money by taking his slides on tour. Or that one day, I’d part with a serious amount of mine to listen to another two hour physics lecture – but that is what I had done.

Brian’s lecture was much better attended than Prof’s and held in a slightly bigger theatre – the aircraft hanger currently called the Barclaycard Arena.

However rebranded, the National Indoor Arena (as I still call it) will always have appalling acoustics and for most, attending a concert there will always be like watching a football match when all the action is around the far goal. You stare at the big video screen, instead of the stick insects in front of it, and wonder if you’d have been better off (literally and experientially) watching a recording at home. It would be better if the Arena, like a football match, had stages at both ends then the performers could swap at half time – but I digress.

I don’t know if an intimate evening with Brian Cox and seven thousand nerds can be called a “concert” but it had all the trappings of one. Plastic beer in plastic bottles, long queues for loos, parking purgatory and even merchandise!

When I took my seat around the halfway line, and positioned my body sideways, I realised it was the same seat I’d occupied while watching U2 over a decade ago. I wondered if the seat was actually some sort of time machine. It seemed like only yesterday, when I’d stood in front of it screaming the anthemic lyrics that, I suspect, not even Bono really understands.

sat next to me in a t-shirt emblazoned with the words “I Love Cox” she’d procured at a previous “gig”. Seeing her excited anticipation, I knew I would bathe in brownie points for at least a week.

One of the many things I love about her is that she is a “science chic” and an enthusiastic astronomer. However the boyish charms attached to Brian’s large brain were clearly a significant part of his attraction to her and the myriad of other middle aged, middle class mothers around us. Other demographics included young teenagers with their dads, who I assumed were going to do well in their exams.

I spotted Mark, an ex-work colleague of mine that I hadn’t seen in over a decade. He had aged, as no doubt had I, but my transformation was not apparent in any mirror. I had changed slowly, his wrinkles had, for me at least, appeared instantly. Although he was sat within shouting distance, I didn’t alert him to my presence. We had been travelling down different paths of space-time for so long it wasn’t worth getting reacquainted, as our trajectories were unlikely to cross again.

I don’t know if it was seeing him, or the chair that had transported my mind back in time to my former life when I lived in the centre of Birmingham. I’d lived and worked within walking distance of the arena for almost two decades and that evening we’d parked near my old apartment. We had been to a restaurant in Brindley Place, my old stomping ground. While listening to Brian convince me that time was relative, I realised why I’d felt so uncomfortable walking through my old manor.

Being a Friday, there had been a buzz about the place. The bars were overflowing with city types, drinking after work, some still in their suits. That was exactly how I used to spend my Friday evenings when I’d had a so-called proper job. It was a lifetime ago, before the Chalet Project and before I became a geriatric ski bum.

Friday nights were special then and often the social highlight of a boozy business week. Friday nights were sacrosanct; only boring people stayed in on a Friday, or ones with no friends. Now my Friday nights seem to involve going to a physics lecture – time had made more than just physical changes to me.

Brian’s lecture was much more enthralling than any of Profs, or maybe I was more engaged with the subject than I’d been at University, having traversed so much space-time in between. If I’d known then that being good at physics could turn you into a rock star I might have paid more attention to Prof.

After the “gig”, on our way back to the car, we weaved through the smokers drinking alfresco – loud music and excited voices emitting from every bar. I remarked how little Friday night had changed in Brindley Place and I felt very nostalgic. Then I wondered if I might bump into my old self and what warning from the future I would give me – probably “go home”.

Brian explained why Einstein concluded time was relative and why, through experimentation most scientists now agree with him. I concluded their definition of the word ‘time’ was different to mine. Their time was a dimension; I used the word ‘time’ to describe the linear progression of events – I think I might have to start calling it “history book time”.

Brian’s ‘time’ was relative to speed – mine was too. Time seems to stands still for me when I’m stuck or bored, but races past when my life is moving fast. So much had happened so fast since I’d worked with Mark – my chair might not have been a time machine after all.

At least Brian and I agreed on something. You may be able to accelerate into the future but you can’t go back in time. To reminisce about the past is pointless – however you define it, time will change us but we can’t change time.