Posted on September 4, 2018 by Chris Tomlinson

Having heard a Podcast reviewing my first book, I’m forced to respond (again) to the accusation that I’m a sexist. Worse still, that I think ALL women can’t ski!

I normally take bad reviews on the chin(s). I’ll admit, SWDI is not to everybody’s taste – it might even be little bit sexist. Frankly,  I’ve been accused of being a lot of other “ists” since it was published – and I’m usually guilty as charged. However, I do like to think my prejudices are evenly distributed  – I try to take the mickey out of all stereotypes evenly. 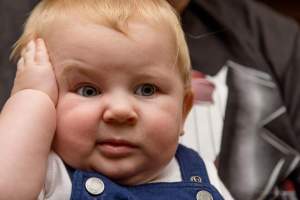 I might also be a bit “gammon” – as the millennials call red faced middle aged men who rail against political correctness. However, I was born in a non-politically correct time and place (Yorkshire in  the sixties) – where men were “men” and women were “men” too.  So it just how I speak.

But times, they are a-changing and with my next book, I’m going to  use more  no-binary gender vocabulary:  An ‘air hostess’ will now be a ‘flight attendant’, a  ‘housewife’ will now be a “homemaker” and I’ll refer to ‘snowmen’ as ‘snowpals’. I might even adopt a gender fluid persona myself  and call my self “Christine” at the weekends.

Then I discover, by his own admission, that the review hadn’t  actually read SWDI, but was simply regurgitating a review of SWD1 from the Telegraph, then adding his own condemnation.  If he’d actually read the book he was reviewing, he might have noticed that there are many references to brilliant female skier in it – one ( Morzine Mary) even has her own chapter.

I’m discovering that being called a “sexist” is a bit like being called a “witch” in the dark ages – the only way to prove you’re not a witch is to drown. So I’ll stop  trying to swim.

Anyway,  if you read the many review on Amazon (many from women), not just the Telegraph one,  you’ll find my books are generally regarded as very funny , if a little sexist.

Why not buy one and make your own mind up ?